The game of matching pictures is pretty simple. All you have to do in this fun little quiz-like activity, find the image that matches your screen's input - when they're revealed! You can whack them with a button or just move on if there isn't an exact match available at first glance; it doesn’t really matter since mistakes don't count against our scoring system (we'll give hints though!). This skill helps kids practice recognizing patterns while also improving their ability towards forming shapes into different objects correctly using only one color each time so no pressure ?

Whack a Difference is a math game that is popular among elementary and middle school students. The game is played by two players, each of whom has a hammer. The players take turns hitting a difference between two numbers written on two pieces of paper. The goal of the game is to hit as many differences as possible in order to score points.

The game can be used to teach basic addition, subtraction, multiplication, and division facts. It can also be used to reinforce concepts such as place value and number sense. Whack a Difference is a fun way for students to practice their math skills while also getting some exercise! 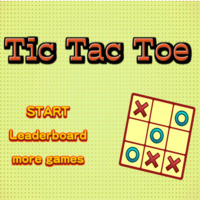